Construction mechanic Oliver Muschler is one of the best 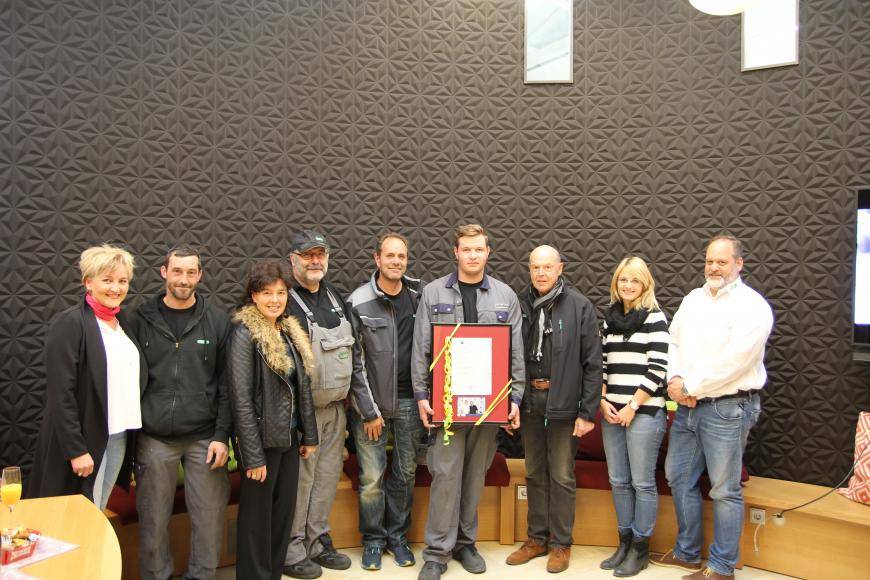 Construction mechanic Oliver Muschler from UNSINN is one of the best.

The Chamber of Commerce and Industry IHK Schwaben awarded the best apprentices of the examination year 2018 on 15 October. 128 awarded graduates from the economic area Augsburg and Nordschwaben experienced an exciting event. Every single one of the 128 graduates received a certificate by Manuel Baum, coach of the football Bundesliga team FC Augsburg and representatives of the IHK Augsburg: Christian Dierig, representative president of the IHK, Ronal Herkert, chairman of the IHK committee for apprenticeship and in-service training, as well as Martin Döring and Roberto Armellini, alternate chairmen of the professional education committee of the IHK Schwaben.

The event was presented by a.tv. reporter Silvia Laubenbacher in a charming and humorous way. Three columns, for which other countries envy and also copy us, are of main importance for this apprenticeship, said Dierig: the businesses which hire, the specialised vocatinal schools and their close corporation with the economy as well as the volunteer examiners from the companies, in Bavarian Swabia about 5,300 with abot 150,000 examination hours per year. His request to the successfull apprentices: to build on their success, to educate further and to stay in region as a specialist worker. One of the best apprentices was Oliver Muschler, who has just finished his apprenticeship and was taken over at UNSINN Fahrzeugtechnik GmbH for the profession of construction mechanism. The 20-year-old is very excited about the award: "It makes me happy to be one of the best, the apprenticeship was the right choice". All in all UNSINN employs 25 apprentices, which makes 10% of all employees. The apprentices are very likely to be taken over after their apprenticeship, Oliver Muschler is happy about his ongoing work in the trailer production.

Trainer Luz Unger from UNSINN is very excited about the award as well: "He was one of the first construction mechanics we trained. Oliver was one of the best apprentices from the beginning on, he was eager to learn new things and was always trying to be the best. He engaged in the construction of the apprentice hut and was happy to take a leading role. We realised at an early time that we have a very good apprentice in him, one who faces problems and delivers very good results in the given time. When I was asked which apprentice was suitable for a course in Italy, I instantly suggested Oliver Muschler. His interest and eagerness to learn made him best in his graduation year. However, he was still surprised about the news to be best. He was happy to accept the award on 15 October."