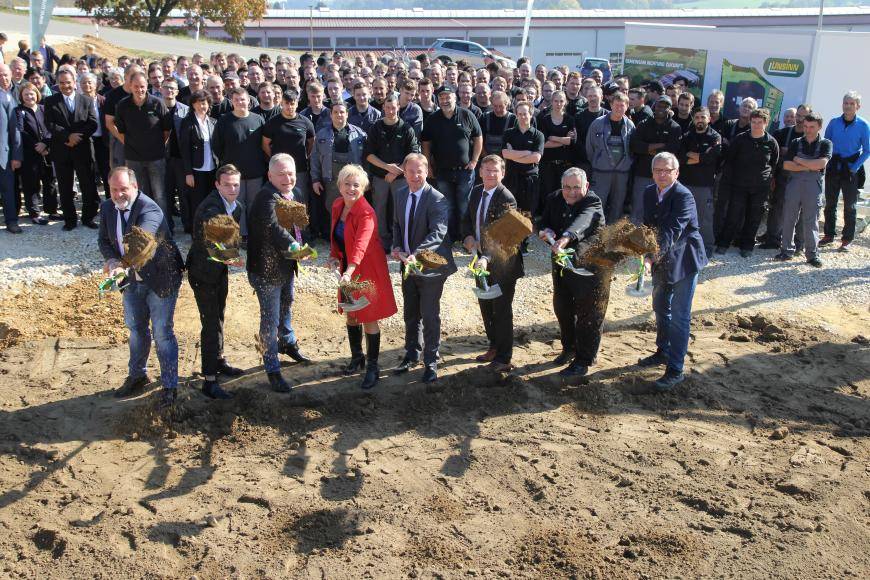 High-quality and individual trailers and roll-off tippers have been produced in Holzheim near Rain (Donau-Ries) since 1958 by UNSINN. Behind the brand UNSINN stands a traditional Bavarian family business with more than 250 employees and over 12,000 produced high-quality solutions in trailer construction every year.

UNSINN invests 6 Million Euros and expands its company premises by 80,000 square metres. At beautiful weather the official groundbreaking took place on 5 October with political presence of Wolfang Fackler, Stefan Rößle and mayor Robert Ruttmann. They were all in favour of UNSINN expanding their premises in its home Holzheim. "There were thoughts about relocating the production abroad or to a location with a better transport connection, but after talks with the local council and representatives of the State Parliament we decided to build in our home Holzheim!", says company director Josef Unsinn. UNSINN doubles its premises with this project to 160,000 square metres.

Next year, a new welding shop with 9,000 square metres should be built. This brings new work places into the region egain. "UNSINN is a reliable partner for which the spoken word still matters. Thanks to your company we have a stable household in our community", says the mayor of Holzheim Robert Ruttmann. County Commissioner Stefan Rößle appreciated the expansion and praised the community for the corporation: "The communities need industry. It ensures our wealth." After the official groundbreaking food and drinks were served to the invited guests and all employees of the company. 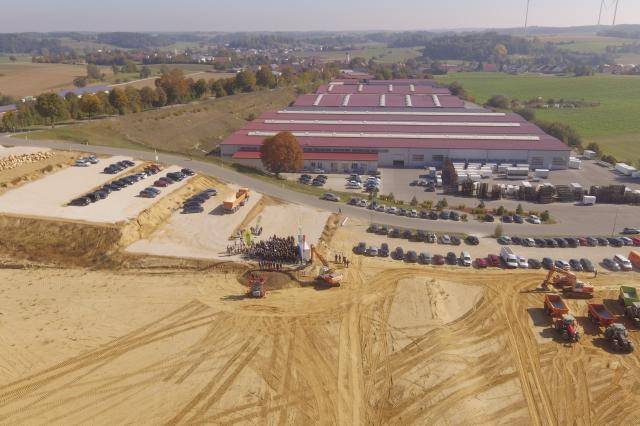 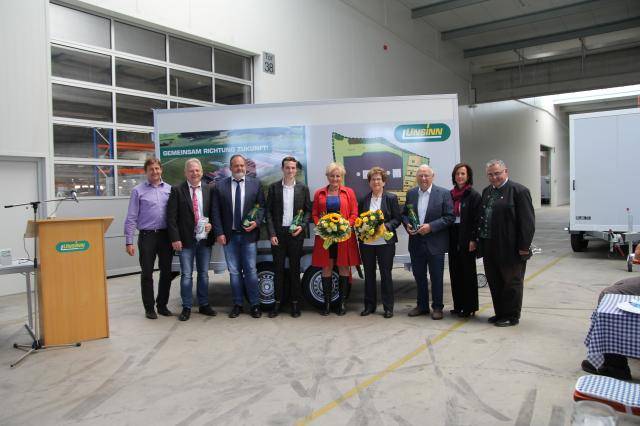 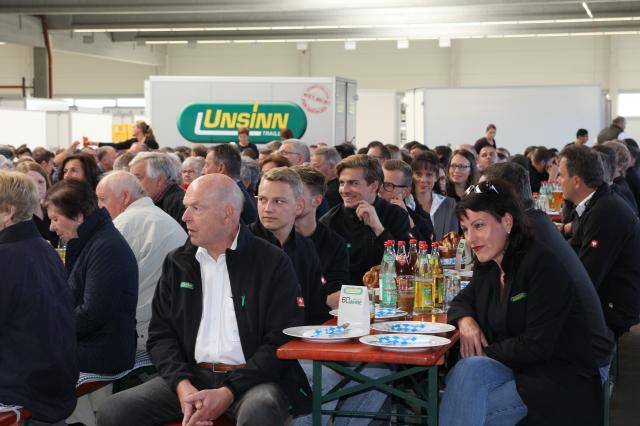