Artist Michael Patrick Kelly tries to promote and emphasize the importance of peace with his project "#PeaceBell". On the 100th anniversary of the end of World War One on 11 November 2018 he presented an 81 centimetre big bell in the Christ Church in Mainz. It was manufactured of melted scrap metal of the war such as weapons, granades or bullet casings and is meant to promote peace on earth and encourage people to think about personal conflicts. The melted material is from the French region of Verdun, where one of the most devestating battles of World War One happened. Since its completion the PeaceBell was presented at different venues. It is also part of every concert of the artist to strike the bell and to have a minute of silence for peace. UNSINN Fahrzeug GmbH has designed a customised drop-type trailer to ensure the best possible transport of the symbolic piece. This way the UNSINN trailer, loaded with the PeaceBell, accompanies Michael Patrick Kelly and his team on his tour and his mission to bring peace to the world. 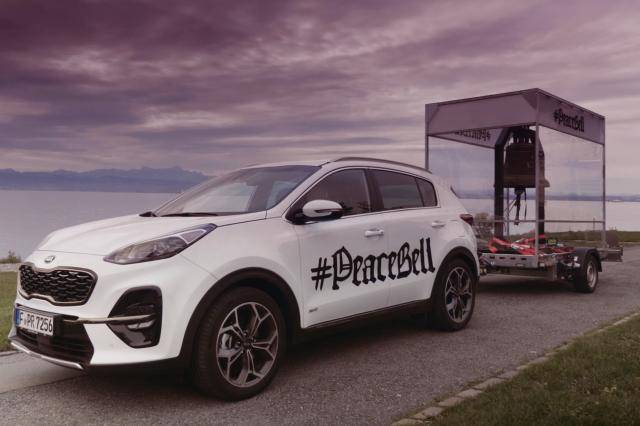 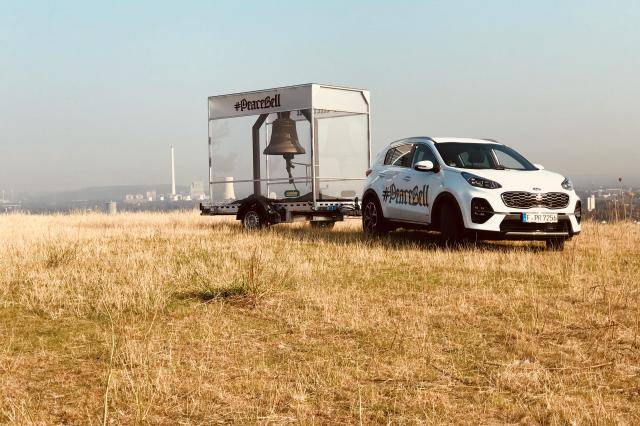 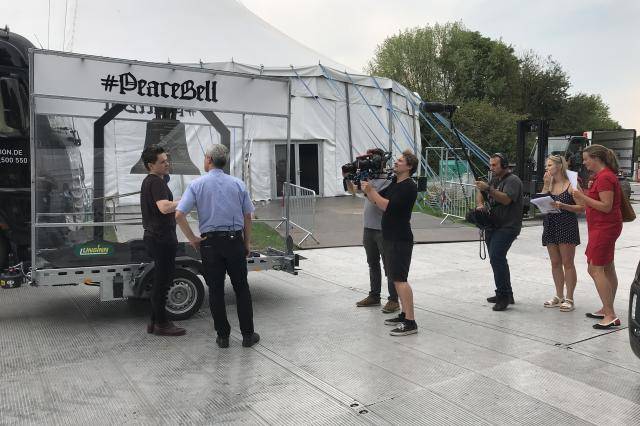